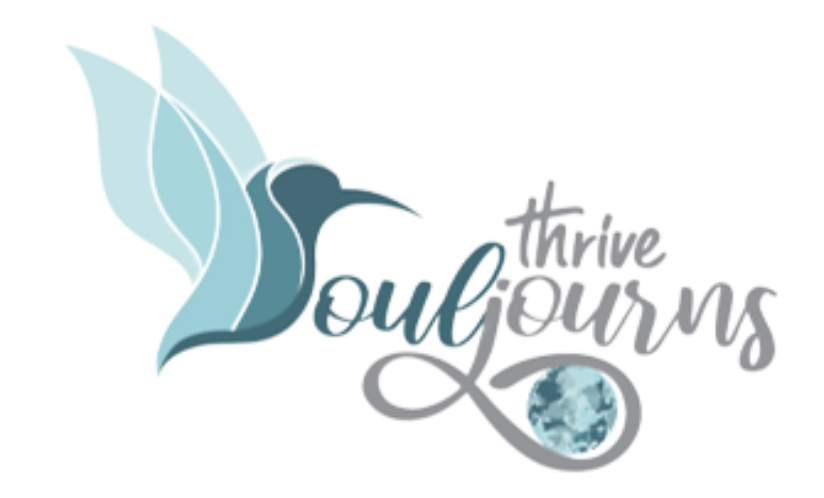 In fact, I know without a doubt in my mind that I was directly touched by an Angel in the Summer of 2006 while I was in Chicago.  I look back at this day now and wish so much that I could go back and do this again… with the new understanding and beliefs that I now have.  At the time, my spirituality was so closed off, and this freaked me out big time!  I simply didn’t know what to do with it or how to process it, but looking at it now, I’m still positive it was an angel.  There is simply no other explanation for what I experienced.

In the summer of 2006 I was working in the Biotech industry as the Director of Medical Communications for a company studying lymphoma.  As part of my job, I handled all of our trade show presence around the country, including traveling out in advance to oversee the trade show booth delivery, assembly, etc.

Instead of booking a room at one of the big hotels attached to the conference center, I chose to book a 1 bedroom apartment in one of the old mansions in the Gold Coast district of the city, on Cedar street.   Great choice!  I checked in, dumped my bags and and headed out to check out the area and grab some dinner… my typical routine when I travel for business.

The next morning, I was up and dressed, with walking shoes on by 8:30.  I walked along the Magnificent Mile to the Marriott Hotel where I could catch the shuttle bus to the convention center.  And following a very smooth booth deployment, the shuttle bus dropped me back off at the Marriott just before 3:00 p.m.

As I exited the shuttle bus at the Marriott, a sandwich board-style sign caught my eye.  It said “COME OUT AND PLAY AT HARRAH’S CASINO IN GARY, INDIANA, FREE SHUTTLE DEPARTS HOURLY (7 AM TO 9 PM)”.   Woohoo!  I love me some video poker and blackjack!

And, before I could even think in through, the casino shuttle bus pulled up behind the one I just got off of, and I climbed aboard.  On my way in I made sure to ask the driver about the return shuttle schedule.  He said, “The last shuttle to Chicago leaves the casino at midnight SHARP!  If you miss that one, you’ll have to wait until 6:30 in the morning for the next one.”   Good to know!  I thanked him and took a seat.

An hour later, we were at the casino and ready to play… and I was a woman on fire!  I could not lose!  I had entered the casino with about a hundred dollars, and keeping careful track of the time, I left the casino at 11:50 p.m. with about $2000.00.  Not a bad night on the riverboat!

I went outside to the bus pick up point, but was completely shocked to see no one else waiting for the midnight bus.  As I reached for my phone to check the time, I heard the bus approaching and breathed a sigh of relief.  As I boarded, I noticed this was not the same driver as before, so I asked him, “This is the bus back to Chicago, right?”  He said it was, so I took a seat a few rows behind him.

An hour later we were back in the city, and the bus driver pulled the bus in along the curb on a very dark street and shut off the engine.  I was so confused… this was nowhere near “downtown” as I remembered it earlier in the day.  “Where are we?” I asked, clearly confused.  He replied that we were in Chicago.  “Uhmmm, excuse me, sir… why have we stopped here?  I was expecting to be dropped back off at the Marriott, downtown… right?”

“No. Not THIS bus,” he said.  This bus ends in China Town.  This is China Town.  That’s my car,” he said pointing to another vehicle across the street.  “This is the end of my shift, and I’m going home.”

“But…but… but I need to get downtown, sir.  I’m not from Chicago, and I have no idea where I’m at or where my hotel is from here.  Could you please drive me on to the Marriott?”

“No,” he said.  And continued, “I’m off shift right now and going home.  You can get off or sleep on the bus… your choice.”

I got off the bus and watched him quickly get into his car and leave.  And even as his car was pulling away from the curb, I realized my mistake.  There were many dozens of homeless individuals laying and sitting next to the buildings just a few feet from where I stool on the sidewalk. I was suddenly gripped with real fear. The aggressive, taunting and off-color comments started immediately, and a few seconds later, two guys started to get up from where they were seated. I had to move NOW!

I heard the sound of something mechanical and remembered that Chicago had an elevated train system.  I did a desperate 360 degree surveillance of my surroundings, and saw beams of light coming out from behind the building to my right.  I prayed that this was one of the elevated train stations and started running in that direction.  Hands reached out and tried to grab at me as I dodged my way through the dark masses.

Breathless, for more than one reason, I reached the top of the stairs and found myself on a well-lit and fairly crowded train platform.  I took a second to gather my thoughts and say Amen before I want to purchase a ticket.  I looked around, but there was not a ticket booth on the platform with a person that I could speak to and figure things out with.  Instead, I was staring at an electronic kiosk with immensely confusing train maps for someone new to the town.

I figured out on the map approximately where the Marriott was, so I thought I’d buy a ticket to at least get me back to the main part of downtown, and go from there.   I opened my wallet and was sorting through the wad of money from the casino to find a small bill when all of a sudden someone put their hand on my shoulder and said in my ear, “You’re not from around here, are you?”  I froze for a second, all things considered, then I looked down and saw the hand of a black woman gently resting on my shoulder.  Her voice was so soft and so soothing, which was so out of place for the circumstances.

I laughed nervously and said, “No.  Does it show?”

She chuckled too, and said, “Well, let’s just say that you’re a bit hard to miss on this platform, and leave it at that, shall we?”   Then she asked if I had anything smaller than $100 bills in my wallet.  I told her I had a $10 and a $5 as well.  She asked where I was staying in town, and I told her Cedar Street on the Gold Coast.  She told me to hand her the $5, and she purchased my ticket for me.

Then, she bought her own ticket before saying, “You’re going to follow me onto the platform in a moment.  When we get over there it will be a bit crowded but, trust me, there is nobody there that you need or want to know. If there is some place to sit together, we will.  Otherwise, we will stand face to face and will keep our eyes lowered.  Do not make eye contact with anyone on the platform, and just focus on me. Okay?”

I agreed, and we moved onto the platform together.  My brief surveillance of the people in the area quickly confirmed the wisdom of my new friend’s instructions, so I followed them to the letter.  There were no seats, so we stood toe to toe, heads bowed, and made small while waiting for the train.

Once onboard, we sat together and she asked me about where I was from, about my family, and about what brought me to Chicago.  Just as I finished telling her those things, the train was coming to a stop at one of the stations, and she indicated this was my station.

I rose and turned to thank her, but she had gotten up too and said, follow me, and I’ll see you safely to a taxi that can get you home.   I cannot explain to you what it was about her, but I knew better than argue with her.

I simply asked, “Is this your stop too?”

Her reply was something I will never forget for the rest of my life.  She said, “No, it’s not.  But please don’t worry.  I’m here to help. That’s what I do.  My home is just a moment away.”

And with that we were curbside and she was hailing a cab for me.  A taxi pulled up immediately, and she opened the back door for me.  As I got into the car, she was telling the 60-ish year old driver, “This young lady is far from home, and needs to get back to her accommodations on Cedar Street.  Would you ensure she arrives safely, please?”

And as he replied, “Yes, of course,” my cab door closed.    I immediately rolled down my window and turned to thank this kind woman, but there was no one there.  I opened my door and got out of the car thinking she must have walked behind the car or something… but she was simply not there.  Gone.  Vanished.  In a split second.

I got back into the cab and the driver asked if I was okay.  I told him I just wanted to thank that woman for her kindness.  He said, “What woman is that?”

I said, “The black woman that you just spoke to. The woman who just put me into the cab and told you to where I needed to go.  The… the… the WOMAN!”

He turned to his right and looked over his shoulder so he could look me in the eye, and said, “There was no woman with you, ma’am.  You hailed the cab and got in by yourself.  Are you okay?  Do you want me to take you to the hospital?”

As involuntary goosebumps overtook me in the heat of the Chicago summer night, I smiled and told him, “No.  I’m quite fine.  I think I just met a guardian angel. Please just take me to 323 Cedar Street.”

He laughed and said, “Okay, but pay close attention,” as he turned pulled away from the curb. He drove straight for about 250 feet, and then turned left onto Cedar Street!  The base fare of my cab was $2.95, and my total fare was $3.25.   I handed him my $10 bill and thanked him for getting me home safely.   He laughed out loud and simply said, “Thank you, and God bless you.”  As I got out of the cab, I said, “She already has!”

All these years later, I find myself thinking of this woman often.  I truly regret that in my disorientation and sheer panic, I never learned her name.  But, I will never forget face or her kind, soothing voice, or the words that she spoke to me that night.

Just the other day a good friend said to me, “Experience trumps Faith every time.”   I knew exactly what he meant by that… Amen! 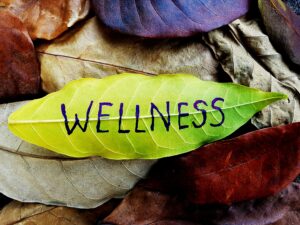 The concept of “wellness” being the opposite of “illness” developed over time. Learn the history of wellness retreats. 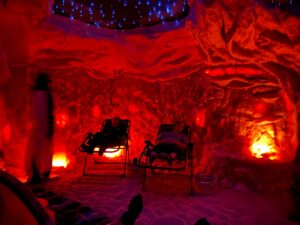 Importance of Self-Care During Grief

Finding Ways to Cope and Move Forward The pain of loss after a loved one dies can feel overwhelming. Coping with grief is one of life’s biggest challenges. Inevitably, while 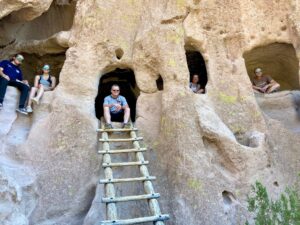 5 Reasons to Take a Wellness Retreat

Mental and Physical Benefits Await What if you came home from your next vacation relaxed, energized, and with a bag full of new tools to help you write the best 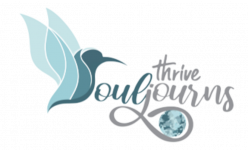